A UTF-8 vector graphics and audio capable terminal, with support for the ctx vector protocol, itself implemented with ctx, thus able to run with SDL2, on KMS/DRM (linux and openbsd verified), inside a utf8 capable terminal, as streamed kitty/iterm2 images (slow) and on linux framebuffer devices.

The clock in the above screenshot is a shellscript.

WARNING: The ctx terminal undergoes fuzz testing and its quite vtfuzz.c fuzzer has uncovered problems in screen, mlterm, zutty and more terminals, there are capabilities which should be optional which are not yet - like stb_image for image format decoding and the ability to listen to the microphone that are a potential security risk if you are using a system with programs that target the ctx terminal - for now unlikely since the terminal is rather unknown; but you've been warned. 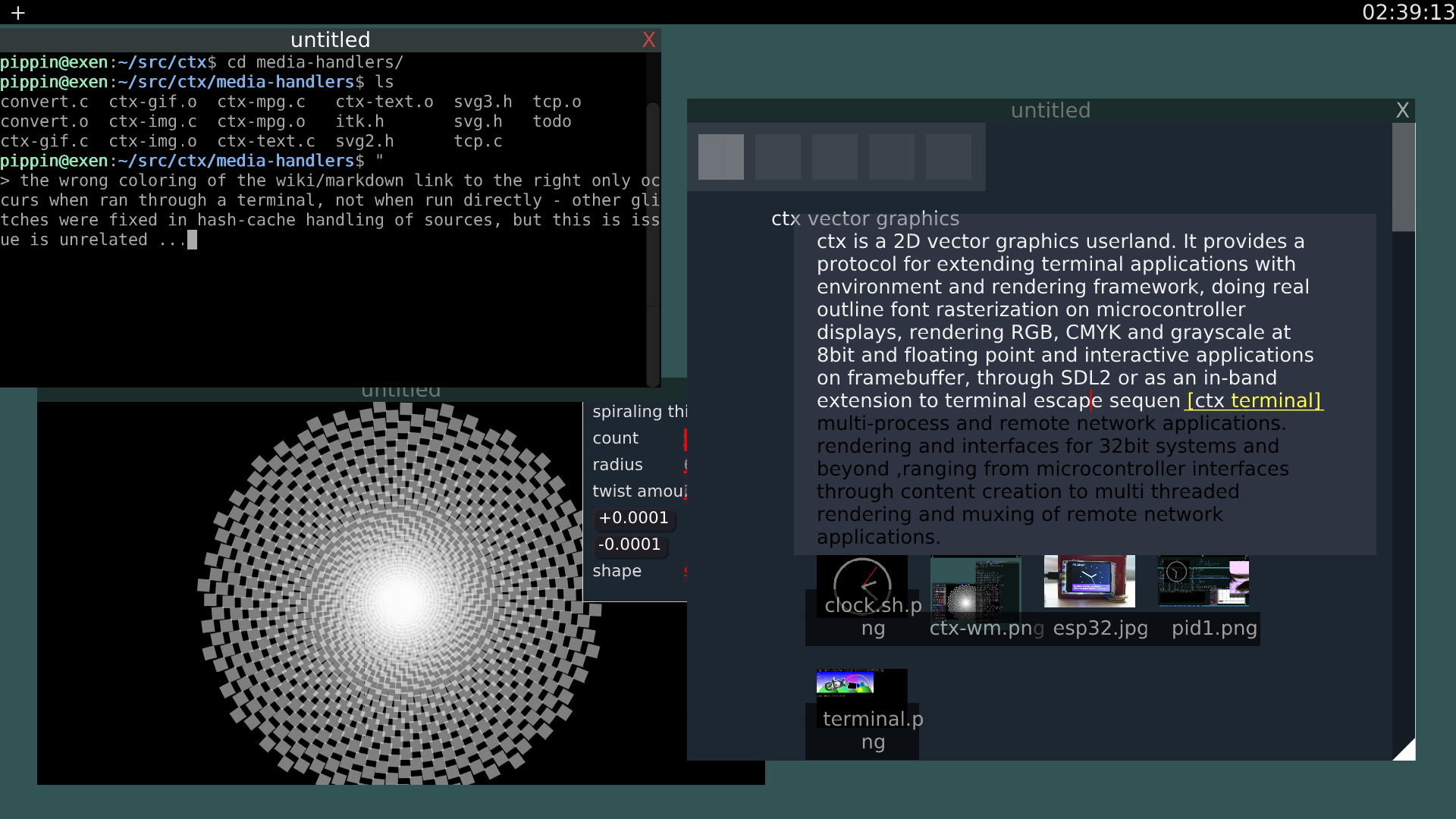 Exhaustive list of supported escape sequences acts as a refererence for further development and a shorthand cheat-sheet for writing code for the terminal.

hyperlink escape sequence
configure/customize fonts
shift or other modifier for select for copy+paste in altscreen
Drag to select in vim
The final result of the interaction is correct, but intermediate frames are perhaps not queued for draw?
Cursor setting
alt-screen issue
only code 1049 works fully specs compliant, the others leave the cursor in the wrong spot.
vt52 cursor keys
not passing vttest in vt52 mode

Historic inspiration and references for earlier vector graphics capable systems include ReGIS, The MGR Window System and ripscript have provided more graphics rich terminal experiences in the past.